Proof of concept for learning Neural networks and genetics algorithms developed in 2012. Simulates an environment of species that must survive and create a kind of “society mind” on a 2D world.

The neural network and genetics algorithm code is based on the amazing docs created by Mat Buckland. 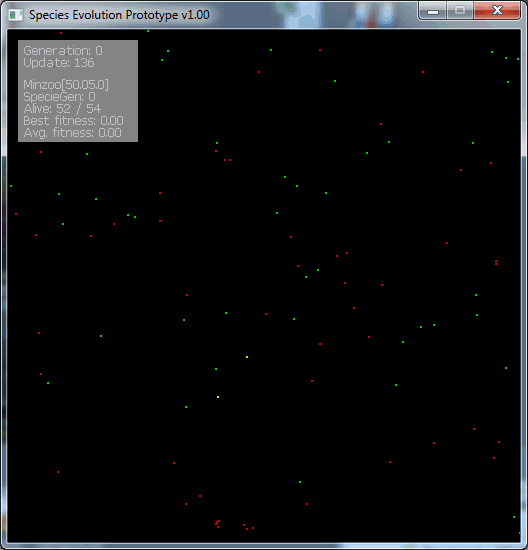 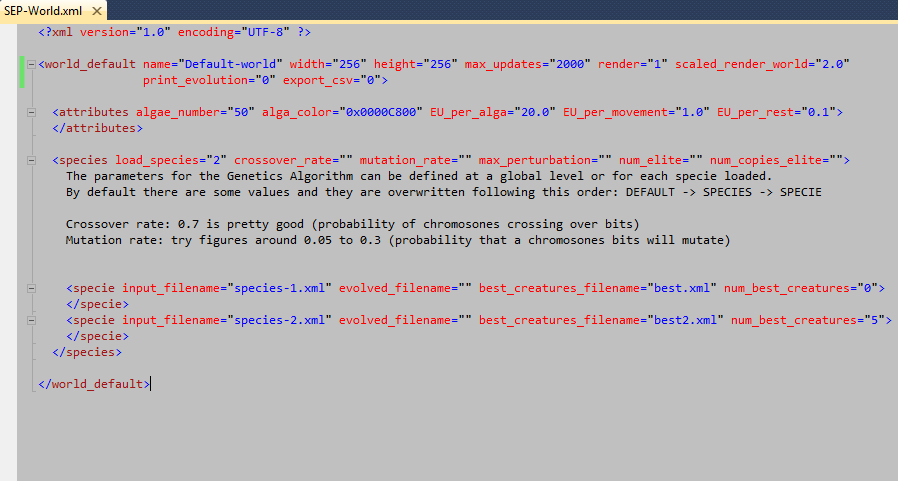