Langton’s Ant is a simple and deterministic discrete dynamical system. It can be viewed as a cellular automaton, as a two-dimensional Turing machine, or as an agent-system. When I say that it’s discrete, I mean that there is a discrete world, which is updated in discrete time. The world is usually a bi-dimensional square grid but is possible to code it in other ways such as triangular grid, hexagonal grid,etc. Each position in the grid (called cells) has a state, which can be either red or non-red. The ant walks on the grid, moving according to the states it finds, and changing these states as it walks over them. 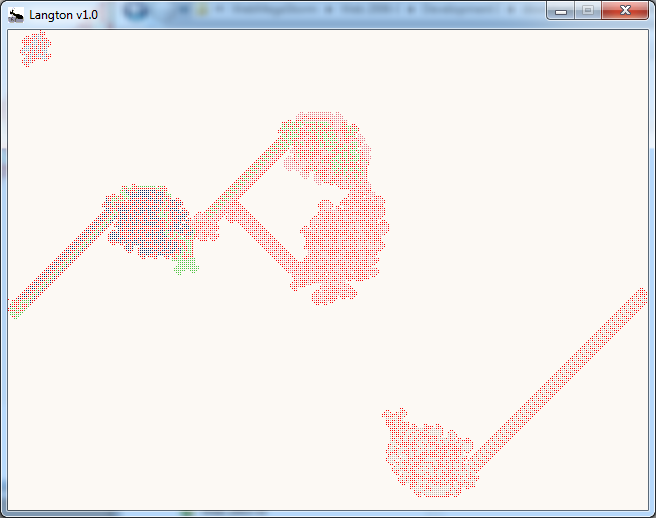 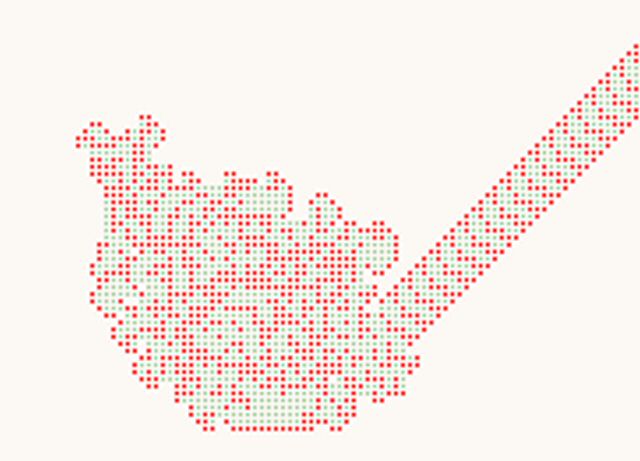 As you can see, the rules are very simple ones, so… where is the interesting thing? you only must run the program and after about 10,000 steps, the ant will create almost-symmetrical landscapes and it will begin to create a diagonal highway. It seems that each ant suddenly know what want to do. Many of you will say that it could be random event but far from it, we can do whatever we want with these ants: put a lot of them, put obstacles, etc.. but all of them always ended up doing his diagonal highway, you should test it!

Source code
Source code and make files for VS2003+.